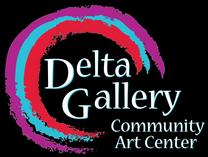 Click on the thumbnails to view full-size images and details 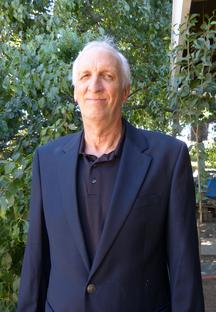 After High School Brian took a gap year trip to the northwest United States and wound up planting trees in the stunning Central Oregon Coast Range mountains where Tree Planters live in Army tents deep in the forest. It was winter as he recalls and it rained constantly.

After hitchhiking back home to Oklahoma City, Brian attended college until he decided to strike out again but this time he went east to the old family farm in rural Kentucky. Living there alone and sometimes going for days without seeing a single soul Brian set up a artist studio in one of the rooms of his Great-Grandfathers farmhouse. When word spread throughout the community that a artist was painting beautiful landscapes neighbors asked for paintings of their home places. After several years he was painting on commission all across Kentucky and also in New Jersey where Brian was actually scouting art galleries in New York City so he slept on friends couches and in his VW bus too many times. Eventually through persistence he began showing at Ward-Nasse Gallery in Soho for 6 years.

Today Brian's work can be found all the way from Romania at a children's orphanage to Hollywood(where he once worked on a very bad movie).

Brian married in 1989 and started a family and completed his MFA at the University of Cincinnati in 1994. After school the family moved to Los Gatos, California and this is where Brian began his public service as a Art Commissioner. First with Los Gatos and then Brentwood. During this time he also joined Calvary Church of Los Gatos and became the set painter for their annual Christmas productions. He had a studio in the loft of the worship center and recalls painting there while the pastor was giving the Sunday sermons below.

One day a new couple walked into Brian's Sunday School class and it was none other then the famous Thomas Kinkade and his wife Nanette. For years Brian enjoyed fellowship with Thomas before his untimely demise at age 53. I could have saved him Brian recalls because he needed a friend to confide in. But it was also during this time that Brian luckily found himself doing work for a contractor who did a job for the Billionaire commercial developer John Arrillaga. One day John approached Brian about his private art collection and Brian agreed to take on a 10 year restoration, research and curating project. It was a massive undertaking, just the research sent him to Los Angeles and to dozens of libraries and museums to unravel the story of San Francisco's favorite sculptor Beniamino Bufano. I grew a lot Brian recalls as he studied this hard little man affectionately called Benny that created huge statues of steel and mosaics.

In 2001 America was attacked and it shook us all to the core. The effect it had on Brian was to paint a huge canvas called Man's Inhumanity To Man. And then he entered the 2003 World Trade Center Site Memorial Competition. He didn't win but he did catch the eye of Lester J. Levine who wrote the book called 911 Memorial Visions-https://www.amazon.com/11-Memorial-Visions-Innovative-Competition/dp/1476665087.

Brian has been on the City of Brentwood Art Commission since 2012 and is stepping down effective immediately. But he says it has been a pleasure to serve the town he calls home.

Brian and his wife Rhonda both work, he at Amazon and she at Aim High. All their kids are grown and doing well.My love for art has always been with me.  I am 63 years old.  When I turned 50 I decided to try my hand at Oil Painting.  I started doing Portraits of family and friends when I was 18. At that time, I was using crayon pastels.  The only art training I have had is 7 grade Art.  So it really just comes to me. I am so thankful and blessed! My favorite commissions are memorials of people and pets.  It is so rewarding and satisfying.  I show in Brentwood and in Monterey, but most of my commissions come from word of mouth.

All artwork this page © Brian Carleton

​Images may not be reproduced in any form without the express written permission of the artist.

Brian Carleton was born 64 years ago on Whidbey Island in Washington State and raised in Edmonds, Wa.

At the age of 12 the family moved to Oklahoma City, Oklahoma where he attended Putnam City High School and worked at Lake Hefner Golf Course.

At age 18 Brian experienced what could be called an epiphany or as Native Americans know as a Vision Quest. And remarkably to this day he is  still working toward that vision(parts of which are described in the January 2020 issue of 110 Magazine-https://www.110mag.com/featured-articles/item/336-the-mega-art-of-brian-carleton)